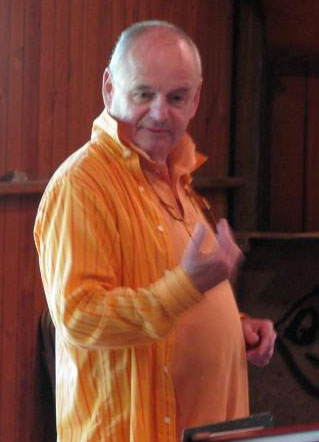 John Oliver was the founder and director for 45 years of the Tanglewood Festival Chorus, the official chorus of the Boston Symphony Orchestra. Through his active development and advocacy, the chorus became one of the premiere symphonic choruses in the world, praised for its performances in a wide variety of repertoire, including not just large symphonic and operatic works but also smaller works both accompanied and a cappella. The TFC has been featured on more than forty commercial recordings with the BSO and the Boston Pops, including three of the four initial releases on the symphony's own label, BSO Classics. One of those, Ravel's Daphnis et Chloé, won a 2010 Grammy award. In 2010, BSO Classics released a collection of recordings of TFC unaccompanied performances at Tanglewood.

The TFC exposes audiences to choral music at the highest level, including music that is very hard to produce without the resources of a major orchestra. Through performances with the orchestra, the chorus reaches musically literate audiences that might not otherwise attend a choral concert—a positive experience that encourages those listeners to seek out more choral music. In addition, BSO commissions for the TFC (including Michael Tippett's The Mask of Time, John Harbison's Requiem,  William Bolcom's Eighth Symphony, Alan Smith's An Unknown Sphere, and James McMillan's St. John Passion) have broadened the choral-orchestral repertory. The growing success of the chorus has enabled the BSO to increasingly include the TFC in the programming, marketing, and identity of the orchestra—perhaps uniquely so among major symphonies.

Those accomplishments reflect both John's skill in training the chorus and his ability to recruit many of the best singers in the area—no mean feat in Boston's highly competitive choral environment, particularly for an ensemble with no paid singers. The TFC includes many singers, teachers, choral directors and members of other singing groups from throughout New England. Those members bring the inspiration and the knowledge they gain from the TFC to their own choirs and students, thus enriching the greater choral community. 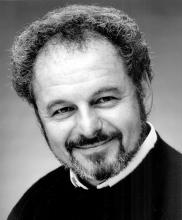 John Oliver obtained his first church-choir directing position at age eleven and went on to lead numerous ensembles of all ages and backgrounds, including the Framingham Choral Society and, from 1977–1996, his own John Oliver Chorale, which performed and recorded a wide-ranging repertoire that included many neglected masterworks and notable compositions by living composers. He also guest-conducted outside the U.S. with the New Japan Philharmonic and the Montreal Symphony Orchestra.

A distinguished educator as well as a conductor, John Oliver served on the faculty of the Tanglewood Music Center for 20 years and on the faculty of MIT for 32 years, where he he conducted the Glee Club, the Choral Society, the Chamber Chorus and the Concert Choir. Through his teaching and personal inspiration he has had a major impact on musical life in New England and beyond. He enriched the lives not just of the countless students, fellows and singers whom he has directed but of all the musical community. In 2011, John Oliver was the eighteenth recipient of Choral Arts New England's Alfred Nash Patterson Lifetime Achievement Award for his great contributions to choral music.

John Oliver revitalized the whole concept of a Symphony chorus when he proposed that the Tanglewood Festival Choir sing entirely from memory. This had so many consequences: the hours of preparation cause a special spirit to take hold, a reliance on each other, and a sense of going to battle having paid an unusual and generally rewarding price. Among the many performances they achieved during those many years I remember especially the Berlioz Trojans, and Mahler Symphony 2, both distinguished by the dramatic involvement of the chorus, free of the book and as flexible as fine operatic singers. It was my pleasure to work with John on my Requiem, and later on a choral scherzo, Koussevitsy Said, both of which he rehearsed with what had become a kind of magic shorthand, after his many years with a high-continuity group. A special pleasure was the company of the chorus members, who were always so engaged by their participation, the tough preparation, the travel, the rapid turnover of repertoire, that it was a continuous high for them, something they knew they owed to him.
—John Harbison

John Oliver retired from his position as conductor of the TFC in August 2015, after preparing or leading over 1,000 choral performances. At his final concert, he was awarded the BSO’s Tanglewood Medal and was given the lifetime title of Founder and Conductor Laureate of the chorus. He died in April 2018, following a long illness.

“Few people in the 137-year history of the BSO dedicated so many years of their creative lives to the orchestra as John Oliver during his 45-year tenure as conductor of the Tanglewood Festival Chorus. His enormous contribution to the BSO will be remembered far into the future. John’s loss is deeply felt by countless music fans and thousands of singers who have been personally moved by his profound musicianship, gregarious personality, and legendary sense of humor. There are no adequate words to describe how much he will be missed.”
—Mark Volpe, Eunice and Julian Cohen Managing Director of the Boston Symphony Orchestra

We Welcome Your Donation

We Welcome your Pledge

Your pledge may be fulfilled at once or via payments over time.

Donors are recognized at several levels. Please contact us for more information. 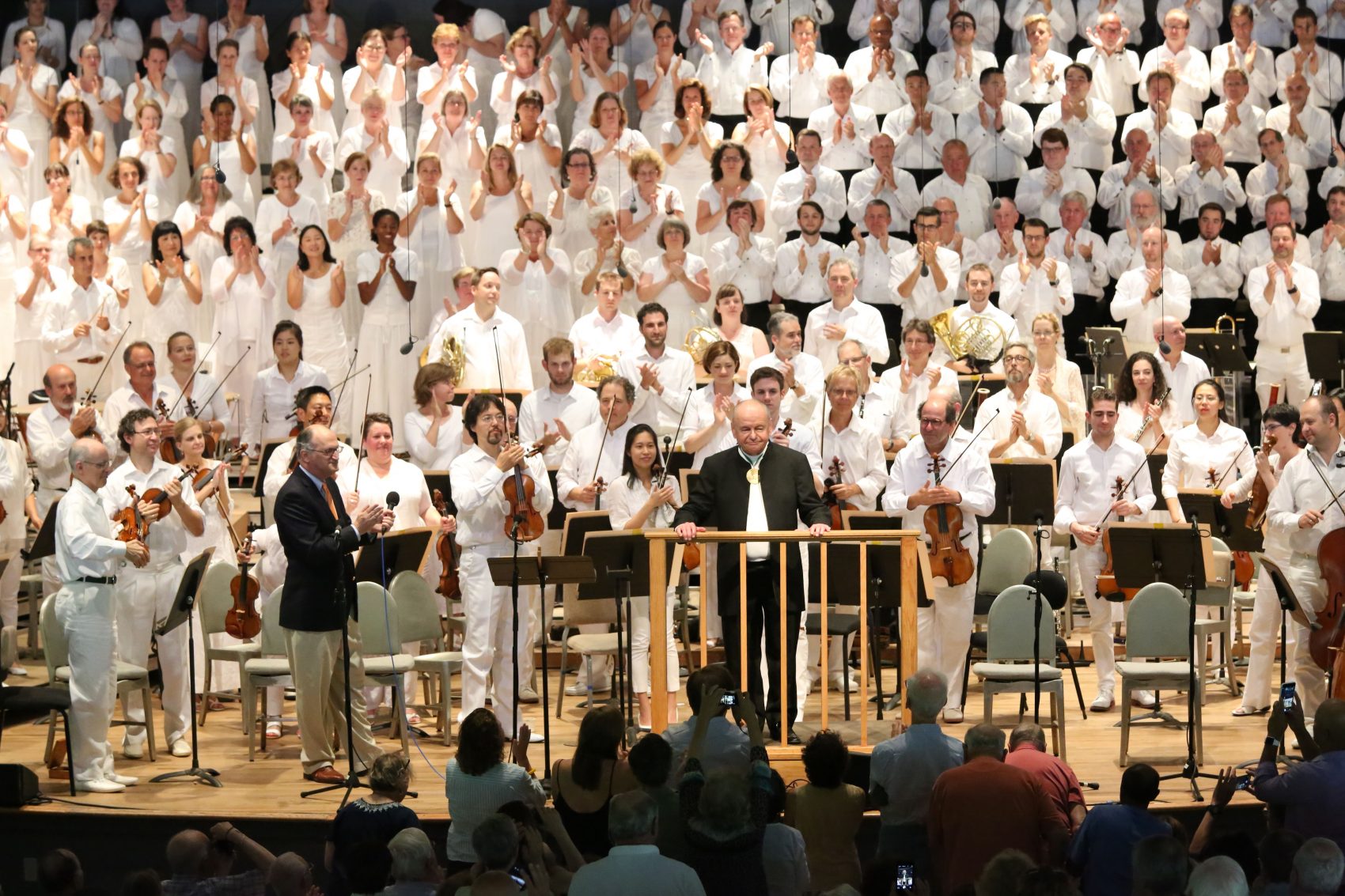 John Oliver the night he was awarded the Tanglewood Medal of Honor before his last performance as the Tanglewood Festival Chorus conductor. (Courtesy Hilary Scott/BSO).

Join the Campaign: Be A Voice For Voices

Make a significant donation that can make a major impact on the future of choral music. Give a one time or recurring donation here or make a pledge below.

We welcome your pledge of support. Your pledge may be fulfilled at once or via payments through 2022. Donors are recognized at several levels. Please contact us for more information.

More About Our Campaign