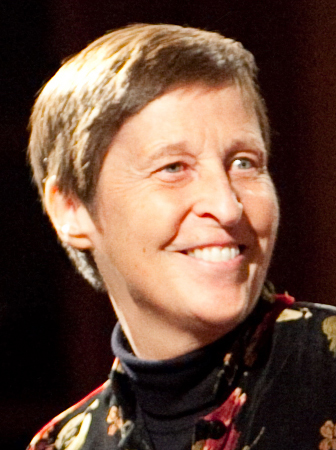 Dr. Gwyneth Walker is a revered New England composer whose works have been widely performed throughout the country. Her career, spanning a lifetime of composing, has given the choral world many beloved pieces, ranging from long-form works for SATB chorus and orchestra to shorter pieces, some for women’s voices or children’s choirs. Walker is one of the most frequently performed modern composers of concerts listed in the Choral Arts New England calendar, with her compositions being explicitly named on 37 different programs since 2012.

Born in 1947, Walker grew up in New Canaan, Connecticut and is a graduate of Brown University and the Hartt School of Music. She holds B.A., M.M., and D.M.A. degrees in music composition. In high school (Abbot Academy/Phillips Academy Andover) and in college, she performed in vocal octets for which she created all of the choral arrangements. In 1982, she relinquished a faculty position at Oberlin College Conservatory to pursue a career as a full-time composer.

The music of Gwyneth Walker is beloved by performers and audiences for its energy, beauty, reverence, drama, and humor. Walker’s catalog includes over 350 commissioned works for orchestra, chamber ensembles, chorus, and solo voice. A special interest has been dramatic works that combine music with readings, acting, and movement. Her work appeals to modern sensibilities yet is also traditional and accessible.

“My pieces always have melody and form and a rhythm that’s right there for you,” she says.

Among Walker's more popular works is "Songs for Women's Voices," a cycle of choral works based on six poems by the American poet May Swenson, and "A Vision of Hills," a piano trio that Walker says was inspired by her experiences living in Vermont.

Walker is the recipient of the 2000 Lifetime Achievement Award from the Vermont Arts Council and the 2008 Athenaeum Award for Achievement in the Arts and Humanities from the St. Johnsbury Athenaeum. In 2012, she was elected a Fellow of the Vermont Academy of Arts and Sciences.

For nearly 30 years, Walker lived on a dairy farm in Braintree, Vermont. She now divides her time between her childhood hometown of New Canaan, Connecticut and Randolph, Vermont. Over the decades, she has traveled to many states to work with instrumental and choral ensembles, soloists, and educational institutions as they rehearse and perform her music. A number of these visits have developed into ongoing relationships. In 2018, Walker was named Composer‐in‐Residence for the Great Lakes Chamber Orchestra in Petoskey, Michigan.

The Lifetime Achievement Award will be presented on November 4 at Mt. Holyoke College in South Hadley, Mass.—about halfway between Walker’s current bases in Vermont and Connecticut—in a ceremony that will include performances of her works by the Mt. Holyoke Glee Club and Mt. Holyoke Chamber Singers.