Thirteen recipients from across New England have been awarded grants for the 2018 season. These include: 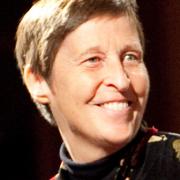 The Lifetime Achievement Award has been awarded annually since 1994 to individuals who have made exceptional contributions to choral singing and its culture within New England. Our 2018 recipient, Dr. Gwyneth Walker, is a revered American composer whose works have been widely performed throughout the country. Her career, spanning a lifetime of composing, has given the choral world many beloved pieces, ranging from long-form works for SATB chorus and orchestra to shorter pieces, many for women’s voices or children’s choirs. Walker is one of the most frequently performed modern composers of concerts listed in the Choral Arts New England calendar.

Choral Arts New England was formed in 1980 as a memorial to Alfred Nash “Bud” Patterson, the founder of Boston's Chorus pro Musica and an inspiring cultural leader, mentor and model for singers, conductors and composers. The Lifetime Achievement Award has been presented annually since 1994 to individuals who have made exceptional contributions to choral singing and its culture within New England. Alfred Nash Patterson grants have been awarded each year since 1985.